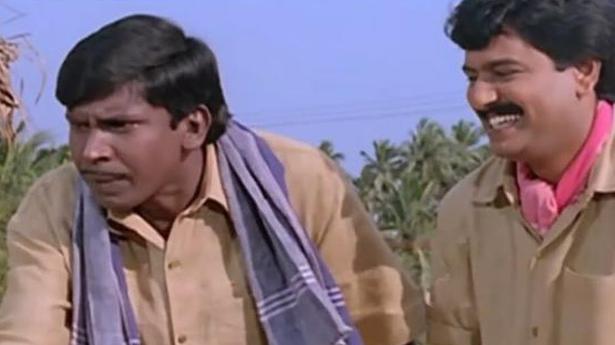 Actor Vivekh, who suffered a massive heart attack on Friday, died early Saturday morning (4-35 a.m.), according to hospital sources. He was 59.

The comedy icon’s death has been mourned by members of the film fraternity and fans alike, as several visited his house in Chennai to pay respects to Vivekh’s family.

However, his close friend and co-star Vadivelu could not be present to offer his condolences, as he is in Madurai with his mother.

The duo starred together in several films like Viralukketha Veekkam, Middle Class Madhavan, Manadhai Thirudivittai and others, and their collaborative comedy scenes from the movies still continue to trend often on social media.

Though they were pitted as rival, both actors have often spoken on stage about how close they are and the respect they have for each other.

Vadivelu, however, broke down today, while talking about Vivek on video: “I was shocked to see the news today morning that my friend Vivek has died of a heart attack. We have acted in several films together, and were so close. I choke on my grief as I speak about him now. He was a good, genuine person who also cared a lot for the welfare of the public. He was closely associated with Abdul Kalam sir, and did several commendable activities like the tree plantation drive.”

“Over the years, we have always been good friends and also fans of each other’s work. Every word that he uttered was so impactful that its etched in our hearts. In fact, he was even more earnest and eloquent than me. I’m so deeply saddened by this that I don’t know what else to say,” he added.

Vadivelu asked Vivekh’s family and fans to stay strong and concluded, saying, “He has not gone anywhere, he is still with us and always will be one of us.”

How Vivekh’s brand of comedy stood out

Vivekh and music: The comedian who played the piano

Actor Vivek, a green warrior who targeted to plant one crore saplings

Thank you, Vivekh: The man who made us laugh and also question

Actor Vivekh continues to be critical; on ECMO