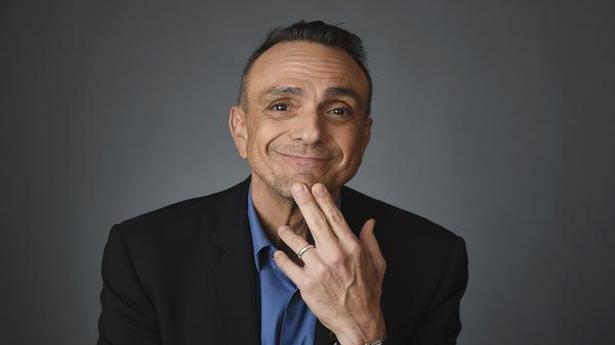 Mr. Azaria told podcast hosts Dax Shepard and Monica Padman that he took time to learn more about what people were feeling.

The Simpsons voice star Hank Azaria has opened up about the lessons he learned from playing Apu Nahasapeemapetilon on the long-running show, which many Indians have slammed for being racially stereotypical.

Mr. Azaria, a white actor, stepped out from voicing Apu last year and in a recent podcast on Armchair Expert, he opened up about why he feels apologetic for voicing the character.

Also read: What is the problem with Apu?

“It’s practically a slur at this point,” he said.

The characterisation of Apu on the cartoon has been criticised by many Indian celebrities, be it Priyanka Chopra or Kal Penn. It was also the subject of Hari Kondabolu’s 2017 documentary The Problem With Apu.

Mr. Azaria told podcast hosts Dax Shepard and Monica Padman that he took time to learn more about what people were feeling. He said he wanted to understand why the character is problematic before stepping away from it.

“I was speaking at my son’s school, I was talking to the Indian kids there because I wanted to get their input. A 17-year-old … he’s never even seen The Simpsons but knows what Apu means. It’s practically a slur at this point. All he knows is that is how his people are thought of and represented to many people in this country,” he recalled.

Also read: ‘The Simpsons’ will stop using white voices for characters of colour

He said the boy asked him to tell Hollywood writers what they do matters and has ramifications on people’s lives. Mr. Azaria said he would deliver the message.

“I really do apologize. It’s important. I apologize for my part in creating that and participating in that. Part of me feels like I need to go to every single Indian person in this country and personally apologize. And sometimes I do,” Mr. Azaria said. The actor said people of colour should voice characters of colour and diversification of writers’ rooms.