Suniel Shetty discusses his fitness journey as the host of wellness show, 21 Din Wellness In 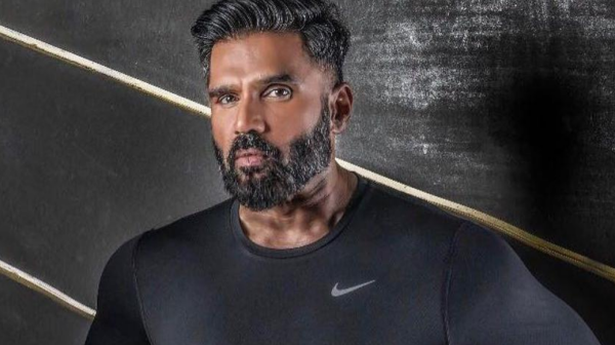 Suniel Shetty posted a nostalgic tweet on March 31, which marked the 21st anniversary of Hera Pheri’s release. Sharing a still from the film, he said, “No wonder we underestimate how quickly time flies. It seems I blinked, and 21 years went by. What a film we made.” The slapstick comedy by Priyadarshan is among his finest films in a career spanning close to three decades. But the veteran actor makes an admission: “I got a break in films due to my action and not due to my acting.”

Suniel was indeed typecast as an action star. In many of his earlier works, like Mohra and Vinashak, he plays a brawny guy usually out to avenge the injustice he or someone else suffered. His acting, when he began films, was deadpan, but he could land punches, and perform flying kicks and fire stunts.

The show must go on

This makes him the apt host for BIG FM’s new wellness show, ‘21 Din Wellness In’.

In the three-week show, which began on March 22, Suniel encourages listeners to lead a healthy life. He shares his daily routine, with fitness playing a vital role, and speaks to several experts on physical, mental and emotional well-being.

“I believe that it takes seven days to form a habit; 14 days to start seeing the change it brings; and 21 days to be visible to others. So, that’s the idea behind the title,” he says about the show.

He is excited because this is his first radio show. “Radio… gives you that feeling of intimacy. You feel the host is directly speaking to you. Since it has tremendous reach, you can discuss wellness, which, in the wake of the pandemic, has become so important. For me, wellness is more than just the body. It is about mental health, nutrition, recovery from injuries, and confidence.”

Suniel’s fondness for fitness started in school. “I was an athlete all along,” he says. “I was into cricket at school. I wanted to play for the country, back then. Then, to get stronger, I joined martial arts. I started with the Okinawa Gōjū-ryū style of karate.” He also has a black belt in kickboxing.

It was his fitness that gave him his film break and he was quickly typecast as an action hero and fitness was no longer just an option. Yet, Suniel never loathed his workouts. Shooting or not, he is up by 6 am. Two hours a day are spent in exercise and yoga. “You cannot build your body overnight,” he says. “I think that’s why I am doing a show called ‘21 Din Wellness In’ and not ‘Six packs in six days’. Fitness should be a part of your lifestyle.”

Leena Mogre, one of the celebrity fitness experts Suniel interacts with on the show, agrees. Leena is among India’s first female personal fitness trainers. Her clientèle in the past has included some of the top film stars, like Madhuri Dixit, John Abraham among others. She has been in the fitness industry for over 25 years. “Today, everyone is confused because there are so many workouts,” she says. “For instance, some people say, ‘I’ll start Crossfit to lose weight.’ Then, they will get injured and blame the exercise. So, it’s important to assess what suits you.”

What has worked through life for Suniel has been yoga. Apart from keeping him in shape, it has helped him handle the mental demands of his profession as well. “For me, it’s not about flexing your body or touching your toes; it’s more about how you can hold your breath, how you can maintain a certain energy. When you start exploring yoga, you realise it goes deep.”

At 60, Suniel is trying to do roles that demand acting more than action, not because his body is preventing him, but as a diversification of what he can do. He continues to do roles that are physically demanding as well. He played the antagonist in Darbar, a cop action drama starring Rajinikanth, in 2020. In the National Award-winning Marakkar: Lion of the Arabian Sea, set to be released in May, he plays a sword-wielding warrior named Chandroth Panicker.

“Today, I look to age gracefully,” he says. “I can’t avoid the process of ageing but I can delay it. So, I am trying to tell people that if I can do it at 60 you can do it any time.”

Amid the gloom of the pandemic, comedian Amit Tandon is hosting #TalkPositive sessions with people who have tested COVID-19 positive and are quarantining...
Read more
Lifestyle

Devi Seetharam from Thiruvananthapuram, who grew up living in China, Cambodia, South Africa, Switzerland and Thailand, uses the paintings to divulge the dominance...
Read more