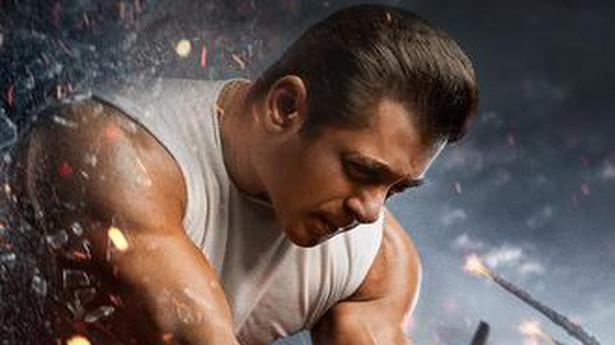 The film, directed by Prabhudeva, will have a multi-format release with audiences able to watch it in cinemas or on OTT

Salman Khan Films and Zee Studios’ Radhe: Your Most Wanted Bhai, directed by Prabhu Deva, will now be seeing a multiformat release and also a wide theatrical release on May 13.

Radhe: Your Most Wanted Bhai will now be released in theatres worldwide, adhering to the COVID protocol issued by the government; and on ZEE5 with ZEE’s pay-per-view service ZEEPlex, as well as on DTH operators such as Dish, D2H, Tata Sky and Airtel Digital TV.

Speaking on this, Shariq Patel, CBO, Zee Studios shared, “The ongoing pandemic forced us to innovate, and we are proud to be the first to embark upon this new distribution strategy. While we all love to catch the latest movies at the nearest theatres, we realized we’d be doing a disservice to Salman’s fans nationwide if we aren’t able to release theatrically in all Indian states. We sensed the need for a pay per view solution along with theatres, which gives the consumers flexibility and convenience of viewing the film.”

Salman Khan Films’ spokesperson adds, “It’s imperative that we all come together and think of out-of-the-box solutions for cinema as an industry during the current pandemic situation. We will support the theatre owners by releasing the film in as many theatres as we can, keeping in line with the rules and protocols laid down by the government. But, considering the guidelines and safety measures, we also need to devise ways to ensure that the film reaches all of our audience. We don’t want to deny the audience the choice of entertainment in the comfort of their homes during these times.”

Manish Kalra, Chief Business Officer, ZEE5 India said they are proud to give Radhe: Your Most Wanted Bhai a wide scale release: “Our endeavour has always been to bring a fresh perspective to storytelling and democratise access to ZEE5’s extensive library of content spanned across genres and languages for audience to choose from.”

Along with Salman Khan, the action-thriller also stars Disha Patani, Randeep Hooda and Jackie Shroff in pivotal roles. The trailer of the film will be out tomorrow.

‘Radhe’ movie review: Salman Khan can’t save this mess of a film

‘Radhe’ trailer: Salman Khan is back with Eid action-extravaganza

John Abraham’s ‘Satyameva Jayate 2’ to release on May 13, will clash with ‘Radhe’

‘Radhe’ will release in theatres on Eid 2021, says Salman Khan