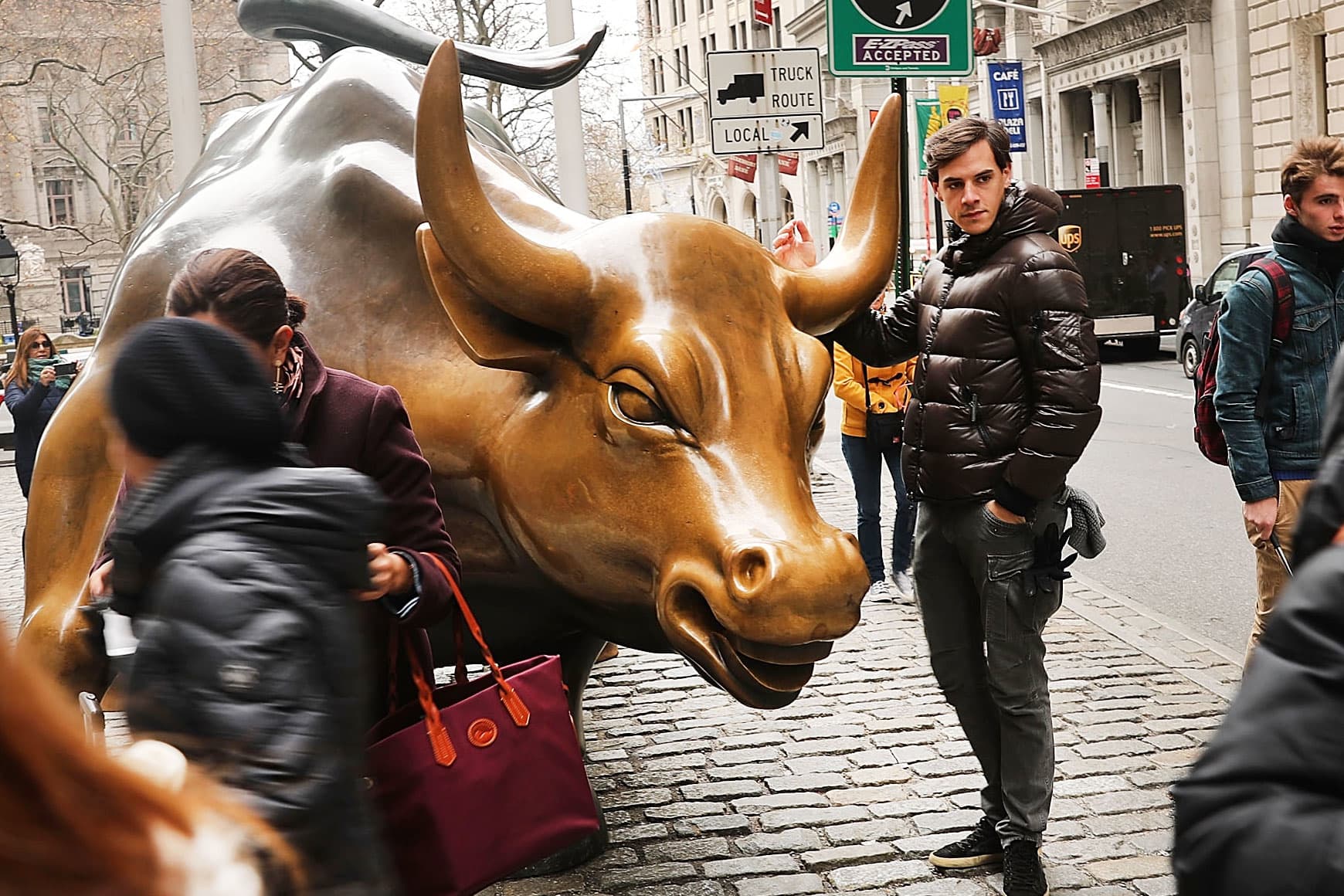 The decline in Netflix shares after weak subscriber growth sent a chill through the market about a bull run for stay-at-home stocks that may have reached its peak and there is more pain to come in pandemic winners like Zoom and Peloton. More wealthy investors seem to be asking themselves this question — and about more than just the pandemic’s biggest winners, and answering it by selling stocks and going to cash.

The percentage of investors with $1 million or more in brokerage account they self-manage that sold out of market positions and went to cash in the second quarter more than doubled, from 7% to 16%, according to a new survey of wealthy investors from Morgan Stanley’s E-Trade shared with CNBC. Overall bullishness declined as well, with millionaire investors who say they are now bearish increasing by 6 percentage points, from 36% to 42%.

That may not seem like a major uptick, and the majority (58%) of these investors remain bullish, and more of the wealthy said they expect Q2 to end with a rise in the S&P 500 Index.

But the survey details do reveal notable, and increasing, worries about the market, inflation, and Fed policy, as well as a major decline in bullishness on the tech sector, and more appetite to move away from U.S. stocks. In all, the survey suggests that the pockets of bearishness are rising among the wealthy, even if the majority remain patient with a pricey, maybe overextended, U.S. stock market.

The E-Trade survey was conducted from April 1 to April 12 among a broad universe of self-directed investors, with the results from 207 investors with $1 million or more of investable assets provided to CNBC exclusively.

For Mitch Goldberg, a New York-based investment advisor with ClientFirst Strategy who a year ago was convinced the bottom was in for stocks after the March 23 low and bought based on that conviction, there has been a change in sentiment to short-term bearishness, and it has led him to lighten up on some stock positions and park money in cash even with interest rates offering little.

“In the very short term, I’m bearish, the next two months or so,” he said. “I’ve been raising some cash, not crazy defensive, I just think stocks have gone up a lot and I bought a lot, was very bullish when I had to be. Now it is time to take some off the table.”

With bonds not an attractive alternative to stocks, at least not yet, even in a market where fears about inflation are up, “O.1% in cash is fine for now because it’s short-term preservation,” he said. “I don’t think we are going to have a 2001 or a 2008-2009. I still have money in stocks, just a little less.”

After the volatility experienced by stocks in the first quarter, there was “a little profit taking,” says Mike Loewengart, chief investment officer at E-Trade Capital Management. “Raising cash is consistent with a long-term view. … as we come off strong performance in 2020 and in Q1, taking profits is totally in line,” he said. “Over time we know that we see the market generally does move up, but in a small time period, volatility can be painful.”

While many investors and market prognosticators remains concerned about a bigger pullback before the year is done, the S&P 500 has averaged a 6% growth rate over the past century and bull markets have a history of lasting for years.

Millionaires in the E-Trade survey are looking more to international markets and real estate as conviction on S&P 500 sector bets drop. Both the information technology sector and health care sector saw 19% declines among wealthy investors when asked to rate the sectors with the most potential currently. Both had previously been the top picks of more than half — in the case of health care, two-thirds — of the wealthy investors in the survey. Meanwhile, interest in real estate as the best bet just about doubled, from 16% to 31%.

“Real estate fits this market,” said Lew Altfest of Altfest Personal Wealth, whose firm is launching its first private real estate fund this quarter. “The core of what’s happening is that people are optimistic and at same time recognize optimism and spending could lead to inflation, and are rightly concerned as that leads to more competition for stocks from bonds as rates move up. Some will get off boat because of inflation,” he said.

Fears about inflation as the No. 1 threat to portfolios rose from 5% to 18% in the E-Trade survey, quarter over quarter.

More wealthy investors are going to cash and expressing doubts about the strongest parts of the market, including tech, but the bulls are still in the majority, according to a Q2 2021 E-Trade survey.

It is not just the stay-at-home trade that ran too far, too fast for some, but the overall market.

The rotation trade away from big tech and the pandemic winners and into the reflation stocks also “got way ahead of itself” in Goldberg’s view. The moves higher make sense when factoring in a U.S. economy that pulled a lot of second-half growth expectations into the first half of the year, but because it has been so strong that has led Goldberg to not only reduce positions in some growth names but big cyclicals, while not selling out entirely.

A spillover effect from those biggest winners, whether a tech stock or a consumer staple that boomed, has him on the defensive. And having lived and invested through multiple bull and bear markets in the past, Goldberg said when the biggest names in the market like Netflix begin to fail, the stocks in the market’s “first tier,” there is more reason to worry about more stocks crumbling, even if the Netflix issues may be more company-specific and in a stock with a long history of big swings on earnings.

It is not time for investors to bail on their favorite blue-chips, like a Microsoft, but for investors who experienced previous market corrections to remember that the more speculative names in the market drop first and that leads investors to the bigger, safer stocks, but ultimately, that top tier becomes even pricier and is not immune from a market under pressure.

“There’s no doubt they are more cautious,” said Loewengart. Overall, 68% of the wealthy in the survey say the market will rise this quarter, but 35% of those expect a gain of no more than 5%. “They see room for continued improvement although it will be a little different than what we’ve seen over the last year,” he said. “Fundamentals will matter again,” Loewengart added.

The millionaire view should be considered in the context of recent performance and the fact that so much has been priced into the reopening trade already, but balanced against the fact that there remains the accommodative backdrop of monetary policy from the Fed and the stimulus plan, and now the prospect of infrastructure spending, which creates “a highly conducive environment for further gains in the market,” he said.

JPMorgan Chase CEO Jamie Dimon recently noted there is $2 trillion in checking accounts that is pent up demand in the consumer economy “coiled” and ready to be spent.

That helps explain why Loewengart sees the majority expectation of a continued rise in equities, even amid the rising pockets of bearishness. “More people are getting vaccinated and business opening up and really just the economy coming back to life, back to work and more people spending.”

Consumer discretionary saw the biggest jump among sectors with the most potential this quarter in the E-Trade survey, up from 17% to 31% of the wealthy saying it was their top S&P 500 bet.

“The decline in interest in tech is related to the end of the stay at home trade,” Loewengart said. “There were a handful of very large companies in the tech sector that drive overall market and now investors are focusing on the consumer and real estate where clearly benefit from reopening.”

Altfest remains convinced in the U.S. economic outlook as a driver of corporate profits, but says that it is difficult for investors to assess whether the growth projects of GDP at 6% can be sustained or we move back to a 2% GDP world which would make the market a less attractive investment. “If we have a five-year rrun here then corporate profits can grow very rapidly. And that rapidly can offset a decline in P/Es caused by inflation and still come away with good returns.”

Many wealthy remain in a risk-on stance. More say their risk tolerance has increased, up from 24% to 30% in Q2, and Altfest sees investors looking to remain go-go, and looking at alternatives to large-cap stocks.

“Some are on edge and looking for new investments. I’ve never had anyone call about bitcoin or crypto and now I am getting calls about them.”

Amid the declining sentiment, the E-Trade survey found higher levels of interest in cannabis stocks, bitcoin and SPACs in Q2.

Altfest has the same answer every time he gets one of these calls. “It’s not something you want to get involved with, that’s what I tell them.” And he doesn’t view the interest as investors looking for an inflation hedge or analyzing the price-to-earnings ratio of stocks as being high, but more simply: “It speaks to greed. … what goes up will continue to go up is still the philosophy of many people, when it should be the exact opposite.”

That “exact opposite” view is one that more are coming to take — SPAC transactions, in fact, have hit a standstill as investor interest cools and regulatory scrutiny rises — and the E-Trade survey shows more millionaires, though still in the minority, are taking it as their current view, too.

Ryanair says business ‘continues to be challenging’ as traffic falls 81%

Redfin CEO says the booming Covid housing market can get even...