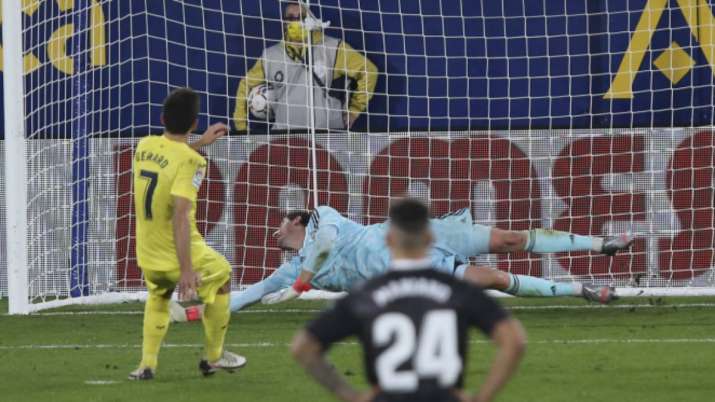 Goalkeeper Thibaut Courtois gave away a penalty as a Real Madrid side missing several players drew 1-1 with Villarreal in the Spanish league on Saturday.

In only his second appearance of the season, striker Mariano Díaz scored a goal three minutes after kickoff in a promising start for Madrid at Villarreal’s Estadio de la Cerámica.

But Gerard Moreno equalized from the penalty spot in the 76th after Courtois cut down Samuel Chukwueze while trying to reach the ball.

Unai Emery’s Villarreal remained unbeaten in all competitions at home this campaign. The draw left it in second place, one point behind leader Real Sociedad which plays at Cádiz on Sunday.

Madrid was missing Sergio Ramos, Karim Benzema and Federico Valverde due to injury. Casemiro, Éder Militão and Luka Jovic were unavailable after testing positive for the coronavirus.

The slip by Madrid came a round after it was beaten 4-1 at Valencia. Zinedine Zidane’s side stayed in fourth place.

Our on YouTube now: An Indo-German rendition of cult song ‘Wind...