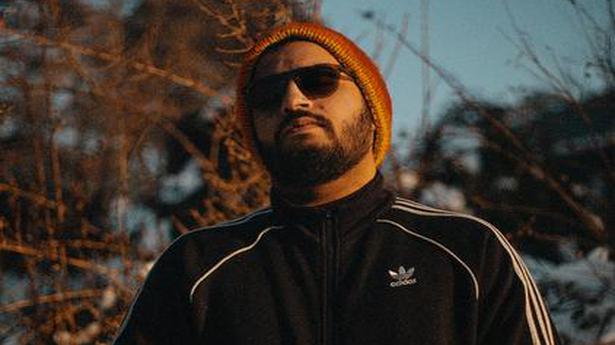 Jammu-based hip hop singer Shen B takes on the bullies, censorship and corruption in his four-track EP

Protest music is not new to Shayaan Bhat aka Shen B. In Class IX, the Jammu-based hip hop singer had sat in a dharna with his friends demanding a drum kit for their school’s music department. Now, in a four-track debut EP album, the singer questions the censorship, bullying and corruption that he experienced and asks why things do not change for artistes in Jammu, his hometown.

The 2020 lockdown was particularly hard on Shen: the family battled COVID-19 and he lost his mother to the virus. He wrote the lyrics of ‘Zamaana’, one of the tracks, during his 20-day stay at the hospital. “I could survive only because of music,” he adds.

Shen edited, produced, and composed the recently-released music video ‘Zamaana’. It was directed by his long-term creative collaborator, Wikki Cole, and was shot at a friend’s studio. The song is a nostalgic trip and captures his yearning to undo certain actions. “‘Zamaana’ is also a message to people who have been bullied and who are bullies: this era of exploitation and wickedness must pass…we must be the change,” he says.

In Urdu and English, the EP’s other tracks ‘Chal Beta’ (his first track on bullying), ‘Fankaar’ and ‘Mujhe Dekh’ pose the questions, ‘Is this how you want to live? How can you do better?’

“People in Jammu are a little inclined towards the administrative services; you are not respected if you are not from the Government sector. I speak for the struggling artistes,” says the singer. He adds, “It is a call to action that makes people question and think.”

His father wanted him to join the civil services but he pursued a degree in Mass Communication from Jamia Millia Islamia in Delhi. While there, he was part of Moon Dogs, a band that performed at different venues.

In 2019, the singer shifted base to Jammu from Mumbai. Here, he finds it tough to stay positive and concentrate on music. “Unlike in Delhi or Mumbai, there is no music culture or night life here. Artistes do not have gigs to play,” he says.

Determined to fulfil his dreams, he says, “I took things in my stride even when I felt life was against me. The region experienced a clampdown on 4G Internet for a period of 18 months and I had to fight against the odds to create and release music. I never lost hope,” he says.