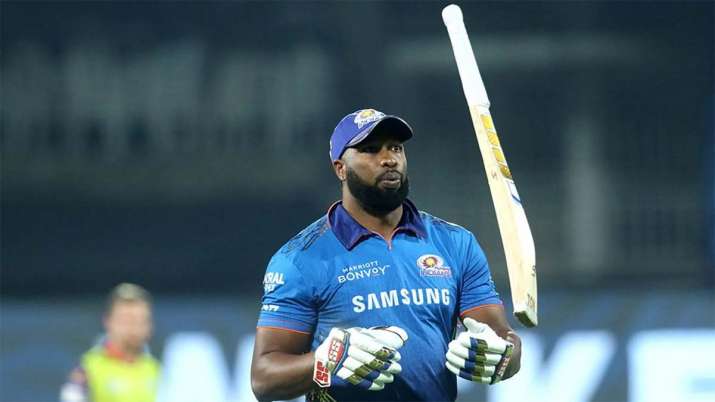 139 was always a low total of any team to defend, even for the defending champions Mumbai Indians, who got the umpires to change the wet ball and looked to choke the opposition in the death overs, where they have been fabulous this season. But Delhi Capitals, who lost to Mumbai all four times last season including the season finale, held their nerve to break the jinx.

Delhi Capitals did their homework: How the Mishra trump card faded Mumbai’s hope

After the early dismissal of Quinton de Kock, the pair of Rohit Sharma and Suryakumar Yadav impressively revived Mumbai’s innings with a half-century stand. Mumbai Indians know these conditions and have adapted superbly at Chepauk after their loss in the opener. For Delhi, it was their first game at the venue and were up against the champion side who defeated them four times last season. But they did their homework and brought in Amit Mishra in place of Lukman Meriwala. not just according to the Chennai conditions, but also owing to his tactical advantage against three of their main batters.

Brought in the final over of the PowerPlay, against the in-form Suryakumar Yadav and dangerous-looking Rohit, Mishra was clobbered for back-to-back boundaries by the former. Mishra was introduced to get rid of Rohit, whom he has dismissed six times in IPL. And he made it seven, four balls into his second over. Mishra took note of Rohit advancing down the track to take on his deliveries and hence smartly went wider with a tossed-up delivery. Rohit ended up dragging the shit towards Steve Smith at long-on. A delivery later, he dismissed Hardik Pandya for a duck with another loopy delivery.

Yet it was his dismissal of Kieron Pollard that stood out. Pollard has a strike rate of 163.3 in 17 innings against leg-spinners since IPL 2019. But Mishra deceived him with a quicker wrong ‘un.  Pollard looked to whip it off his back foot but was trapped in front of the middle, hence departing for just 2. Mishra eventually ended his spell with the wicket of Ishan Kishan, who had the potential to take the game away from Delhi in the death.

Mumbai were the best scoring team in the middle overs last season with a run rate of 8.03 and a boundary rate of 6.4 balls. However, this season, the run rate has fallen to 6.86 after 4 innings, with a boundary rate of 8.27 balls, both the least among all eight teams. On Tuesday, Mumbai had a scoring rate of 9.16run per over at the end of the PowerPlay, but it dipped to as low as 5.9 at the end of the middle overs. A similar was seen in the game against Sunrisers Hyderabad as well. After racing to 53/0 in the PowerPlay, the spinners along with Vijay Shankar restricted their scoring rate to around 7.50 runs per over.

“Probably the last game was a bit of an off one for us but the previous two games I think our tempo was very good,” MI head coach Mahela Jayawardene had said on Monday, ahead of the DC game. “Overall, we are very happy but knowing Rohit, he will keep pushing the guys. If we haven’t hit those marks, he will bring it up and want us to improve. I think last game we have to consider that we were up against two quality spinners in Rashid and Mujeeb, especially in the middle overs, and at the same time we lost a couple of wickets.”

“After the start we got we should have batted better in the middle overs. It is happening time and again. We aren’t able to capitalize on our starts and we need to understand as a batting unit. But you have to give credit to the Delhi bowlers, they kept it tight and kept taking wickets,” said Rohit at the end of the game.

Change of ball and…

In the 13th over of the game, Pollard was seen having a conversation with umpire Chris Gaffaney. Mumbai were appealing to change the ball owing to the dew factor. Chennai proved fortunate enough last night when the umpires were forced to introduce a new ball after Jos Buttler‘s six vanished the old ball into the stands. The spinners, with the new ball, orchestrated the Royals collapse to set up a 45-run win in Mumbai.

An over later, with Capitals requiring 52 off 42, umpires bring in the new ball and it turned enormously. But Dhawan then smacks a four a six against Rahul Chahar before falling.

IPL helped get my rhythm back after injury layoff: Mohammed Shami

Virat Kohli is someone I will always remember: Tim Paine