Home Sports IPL 2020 | Prithvi Shaw is not playing those wonderful innings to...
Sports

IPL 2020 | Prithvi Shaw is not playing those wonderful innings to be in DC squad, feels Michael Vaughan 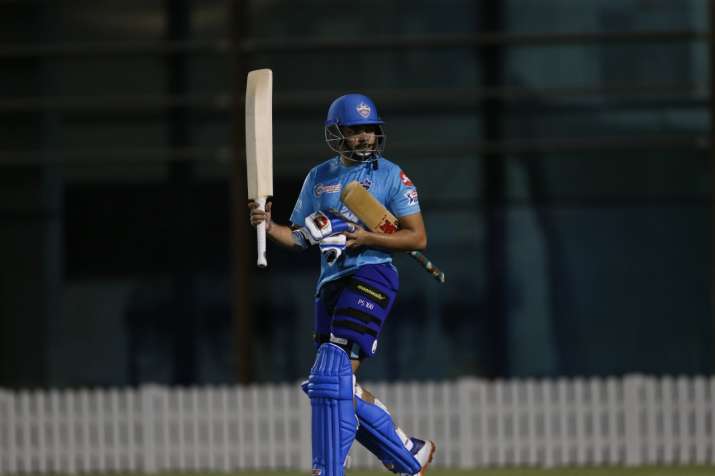 On both occasions, Shaw was replaced by veteran Ajinkya Rahane at the top. Reacting to Shaw’s humdrum run in the going IPL edition, former England skipper Michael Vaughan said that a player sometimes needs a break.

DC head coach Ricky Ponting decided to make Shaw sit out after the young opener failed to go past 20 in the last five outings. In 10 games so far, Shaw has managed to post 209 runs at an average of 20.90.

While he had managed to amass two half-centuries in his first five matches this season, 20-year-old Shaw’s batting exploits took a toll as the tournament progressed.

“Sometimes a player needs a break. Ricky Ponting as a coach is full of experience. He has an idea of how to manage most types of individuals. Prithvi Shaw has a huge amount of talent, he can play, no questions about that,” Vaughan said on Cricbuzz.

“He has been around 2-3 years with the same expectations, we want him to play with that kind of freedom and in that exciting fashion. But when I see a player that has been around for 2-3 years, and he has been that inconsistent,” he added.

Vaughan further also highlighted that Shaw might not be as good as everyone says if he fails to achieve his rhythm soon. Expected to have a bright future, the Mumbai lad has also been included in India’s Test squad for Australia series.

“Sometimes a player is put on the pedestal a little bit too soon, I am not saying that it is Prithvi Shaw at this moment. But if he does not come to the party soon, he might not be as good as everyone said he is. Shaw is not playing those wonderful innings consistently to be in this team,” Vaughan further said.