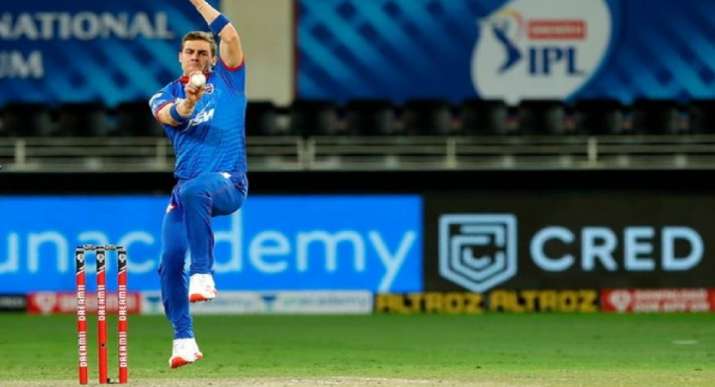 Ahead of their second game against Rajasthan Royals on Thursday, Delhi Capitals face a huge blow as their premier pacer Anrich Nortje has tested positive for COVID-19, reported news agency ANI.

“He came in with a negative report, but has unfortunately tested positive now while undergoing quarantine,” the source told ANI.

According to the BCCI SOP for a COVID positive test, the concerned person will have to undergo a 10-day isolation period outside the bio-secure bubble from the first day of symptoms or the date of collection of sample.

Nortje is the second player from the franchise to test positive for the virus. Earlier, Axar Patel returned a positive test ahead of the start of the new season. He continues to remain in quarantine.

Kagiso Rabada, David Miller, Lungi Ngidi and Quinton de Kock were the other South African players who landed in India with Anrich Nortje for the IPL. Rabada is also a part of Delhi Capitals.

de Kock played his first match of the new season on Tuesday for Mumbai Indians after completing the seven-day quarantine period.

Besides Axar and Nortje, the Delhi Capitals are also missing the services of their first-choice captain Shreyas Iyer, who was ruled out of the tournament with a shoulder injury. In his absence, wicketkeeper-batsman Rishabh Pant is leading the side.

The Capitals registered a comfortable seven-wicket victory in their opening game of the season against Chennai Super Kings. The DC chased the 189-run target with 8 deliveries to spare, losing only three wickets.

Many Americans can’t afford an emergency expense. Some are calling for employers to help with that