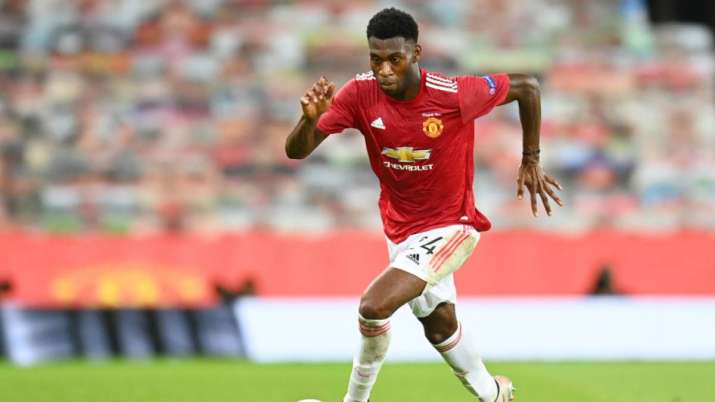 The Bundesliga club said Wednesday that the 23-year-old Fosu-Mensah, whose contract with the English team was due to expire at the end of the season, has signed a deal through June 2024.

“Fosu-Mensah is a technical, quick and physically strong defender who can be used both as a right-back and in the center,” Leverkusen sporting director Simon Rolfes said.

Leverkusen had been searching for a new right-back as injury-prone Lars Bender is ending his career after this season and the injured Santiago Arias’ loan deal from Atlético Madrid is due to expire. Mitchell Weiser, another alternative, is also injured.

Vice President Mike Pence (R) is escorted by Sgt. at Arms Michael Stenger (L), from the House of Representatives to the Senate at the...
Read more
Load more

This Saif Ali Khan drama series is riddled with cliched troupes and larger-than-life figures, that only provides a glimpse at the project’s lost...
Read more
Entertainment

New on Netflix this week: ‘The White Tiger’, ‘Spycraft’ and more

The movie is based on an original spec script by ‘This Is Us’ scribe Kay Oyegun American rapper Cardi B has found her first...

The movie will play at IMAX theatres on January 29, followed by simultaneous debut in select US theatres and on Hulu from February...

Vijay’s ‘Master’ to next get a Hindi remake

Starring Vijay and Vijay Sethupathi, the Lokesh Kanagaraj-directed film released on Thursday across the country Endemol Shine India, Cine1 Studios and 7 Screens on...

Renuka Shahane’s upcoming Netflix flick starring Kajol, Tanvi Azmi and Mithila Palkar will have you re-examining your relationship with your mother At a time...

A great duet recorded separately in nagaswaram and vocal

A usually busy Main Street in Livingston , Montana after Governor Steve Bullock order the closing of restaurants, bars, and theaters on March 20,...

Signal Is Down Globally After Huge Influx of Users

Signal is facing an outage globally — thousands of users are reporting errors to site status tracker DownDetector, and Gadgets 360 confirmed this...
Read more

YouTube is testing a new feature that lets users buy products they see in videos directly from the platform. Viewers will be able...

As India is kicking off its vaccination drive from Saturday, the existing caller tune featuring the coronavirus public service announcement voiced by...

Airtel Xstream Fiber users in India who opt for the Rs. 3,999 plan will now get a complimentary 1Gbps 4x4 Wi-Fi router alongside....

Vice President Mike Pence (R) is escorted by Sgt. at Arms Michael Stenger (L), from the House of Representatives to the Senate at the...
Read more
Load more