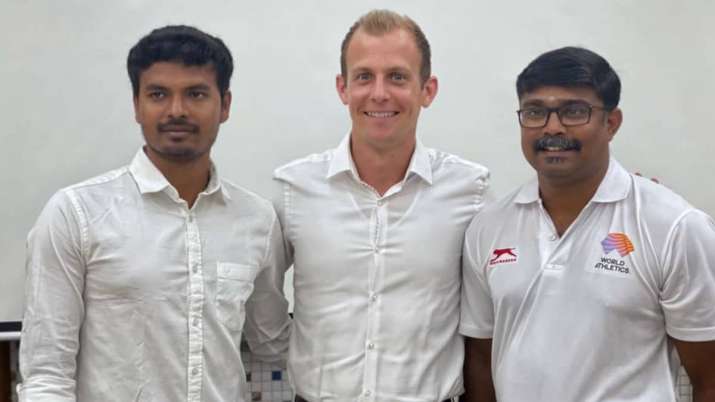 Athletics Federation of India (AFI) is on the lookout for two new high-performance directors for senior and junior athletes after Volker Herrmann on Sunday announced that he has resigned from the position.

Herrmann said on his Facebook page that he had resigned from the post “three weeks ago” after he was convinced that he could no longer “meet the self-imposed expectations” of his role.

Athletics Federation of India (AFI) president Adille Sumariwalla said that it “tried to convince him to stay and work with AFI” but respects Hermann’s decision to return to his native country Germany.

He also said that Hermann has offered to work with the AFI as a consultant in the future. Sumariwalla added that the AFI is now looking for a junior high performance director as well in addition to a replacement for Hermann.

“After one and a half fruitful and inspiring years in India, the day has come when I could not any longer meet the self-imposed expectations coming along with the role of AFI’s high performance director, which is why I resigned from my position three weeks ago,” said Hermann in his statement.

“I believe that athletics in India has a great future ahead of it. It requires a conducive and likewise sustainable infrastructure to support its countless talented athletes and coaches. It also needs players with a strong, confident, and independent mindset to succeed at world stage.”

Hermann was appointed in June 2019 and his term was initially set to end after the postponed Tokyo Olympics in 2021. In September, he was among nine foreign coaches whose contracts were extended to the end of the 2024 Paris Olympics.

Sumariwalla, in the AFI’s statement, acknowledged Hermann’s contribution in its coaches’ education program.

“We tried to convince him to stay and work with AFI, however, it is his personal decision to go back to his country (Germany) and we respect his decision,” he said. “He has expressed his wish to continue with us a consultant in future and we will definitely work with him as and when required. We wish him the very best in all his endeavours ahead. We are now looking forward to appoint two new high performance directors, one for senior athletes and one for juniors and youth.”